Metal molds are tools that are used in blow molding, die casting, injection molding, and more forming methods to change the physical state of molding materials and finally create various parts based on the drawings. In this article, we’ll talk about the reasons or causes of metal mold corrosion, why do metal molds rust and how do you get rid of rust on die casting metal mods? 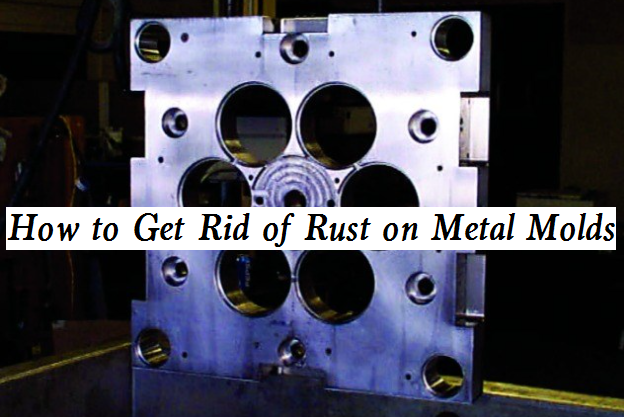 Why Do Metal Molds Rust - Causes of Metal Mold Corrosion

1. During vulcanization and high-temperature molding of plastic or rubber, chemical changes occur, and these residues and gas corrosives cause corrosion of metal molds

2. The storage temperature and humidity of metal mold are high, resulting in condensation on the surface of the mold cavity and metal corrosion

3. Before the metal anti-corrosion treatment, the metal mold was not thoroughly cleaned, and there were too many corrosive residues

How Do You Get Rid of Rust on Metal Molds

1.  Avoid placing the mold in a humid environment

The ancients said that every drop of water wears away the stone. The mold is the same. If it is placed in a wet place for a long time, no matter how good the anti-corrosion agent is, it will eventually lead to the rust of the mold. Therefore, when we unload the mold from the machine, we must pay attention to the storage environment. It is best to put it on a dry and ventilated mold frame.

Workers’ hands will sweat, which is easy to get on the workpiece. It can be prevented by wearing gloves.

3.  The anti-rust agent can be used only after the mold is cooled down

4.  Long term anti-rust agent shall be selected according to the anti-rust demand

5.  In order to facilitate cleaning, anti-rust oil that is easy to clean shall be selected

Some anti-rust oils have thick oil film and high viscosity. After coating, they give customers the feeling of strictly protecting the mold, and the color with color (such as green and white) is too dark, which is not conducive to subsequent cleaning. In fact, as long as the anti-corrosion film covers the mold, the anti-rust oil with low viscosity and thin oil film is more conducive to cleaning. Too much oil can not play a better anti-corrosion effect but will increase the difficulty of subsequent cleaning.