Cast iron is the main material of the buried pipeline system used for transporting water in the fire protection system of nuclear power stations around the world. Why is cast iron popular in the nuclear power industry? Cast iron pipes have lots of benefits and advantages. 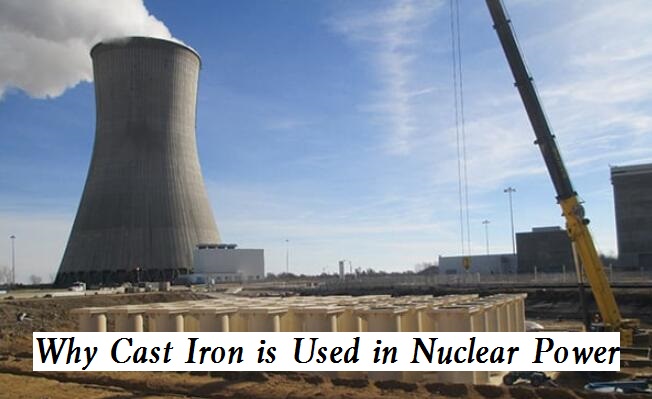 Unlike polymer chemical pipes, cast iron drainage pipes will not have material aging problems with the extension of service time, the change of temperature difference, and the exposure to sunlight, and have a long service life. At present, many building exterior wall rainwater pipes in China use plastic pipes, which will soon age and crack with the seasonal temperature difference and the sun exposure. Even if steel pipes are used, their corrosion resistance cannot meet the requirements. However, cast iron drainage pipes have unique advantages in aging resistance and corrosion resistance and are the best choice for exterior wall rainwater pipes.

The tensile strength of cast iron drainage pipes is generally greater than 150MPa, 3-4 times the strength of PVC and other chemical drainage pipes. It has good compressive strength during the construction of buried pipes and can prevent the penetration of tree roots and the gnawing damage of rodents. The excellent strength and wear resistance of cast iron drainage pipes make them better able to resist the impact and abrasion of sediment, gravel, glass debris, ice particles, and food residues in sewage and rain, and ensure the reliability of the drainage system under various adverse conditions.

Cast iron pipe system has many advantages over other alternative materials in terms of fire resistance structure. Cast iron pipe is non-combustible and has two obvious advantages in case of fire: first, it can prevent fire spread, then avoid the toxic gas generated by the burning of plastic pipes, which endangers the lives of residents and firefighters.