Foundry engineering developed from ancient times, which also provides castings for modern industry. What is the foundry process? Let’s take a look at its pros, cons, patterns, and types of foundries. 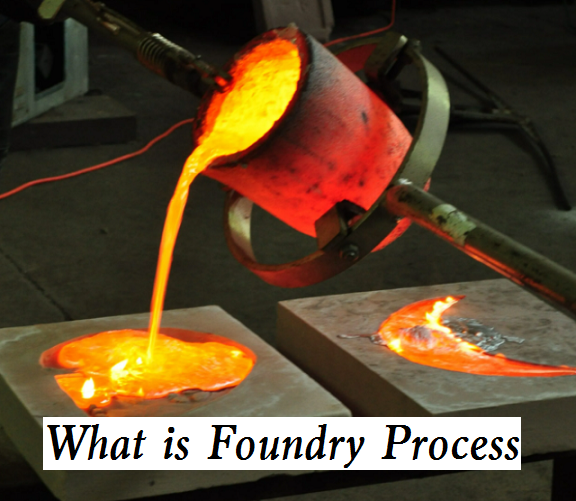 What is Foundry Process?

Foundry engineering is the process of making castings in molds with the help of patterns. The foundry process is suitable for both small and large components, it offers high productivity, small tolerance, and a good surface finish. The process can be divided into five stages, including pattern making, molding and core making, melting and casting, fettling, testing, and inspection. Except for pattern making, other stages are completed in foundry shops.

– Intricate shapes can be made

– Complicate parts can be cast in one piece

– One of the most versatile manufacturing methods

Disadvantages of the Foundry Process

– Internal defects are not identified easily

– Only economical for large-batch orders

– Experiences are important for some casting processes

– Sand casting does not produce castings in accurate sizes

Classification and Types of Foundries

A foundry is a type of factory that specializes in producing castings by melting metal, pouring the molten metal into a mold, and then waiting for the metal to cool and solidify. Foundries can be classified into different types according to different standards.

Based on the materials used:

– Ferrous foundries: A ferrous foundry manufacturing casting with materials such as malleable iron, grey iron, nodular iron, steel, or any combination of these metals, the materials are melted down and poured into molds at the ferrous foundry.

– Non-ferrous foundries: A non-ferrous metal foundry is a factory that works with non-ferrous metals; in this factory, molten metals are melted down and poured into molds in order to generate a specific desired geometry.

Based on the framework of organization:

– Single-piece pattern: no joints, partings, or any loose pieces in the construction.

– Split pattern: usually made in two parts, one part will produce the lower half of the mold and the other is for the upper half. Those two parts may or may not be of the same size and shape, and held in proper relative positions by means of dowel pins fastened in one piece and fitting holes bored in the other piece.

– Gated pattern: connecting different patterns serve as runners and gates, this type of pattern can produce many castings at one time.

– Sweep pattern: consists of a board having a shape corresponding to the shape of the desired casting and arranged to rotate about a central axis.

– Segmental pattern: the bottom of the mold is rammed and swept level, it is fastened to the spindle.

– Shell pattern: usually made of metal, mounted on a plate and parted along the center line, two sections are accurately dowelled together.