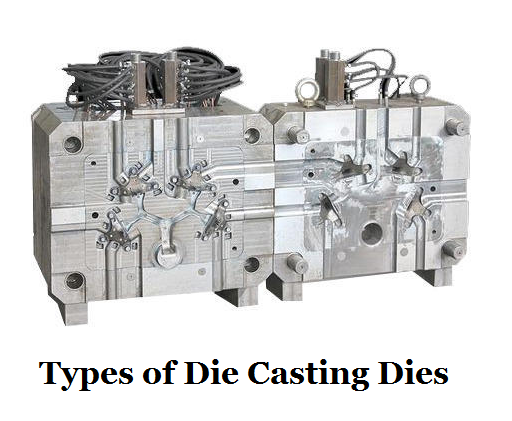 What is Die Casting Die?

Two dies used in die casting are cover die half and ejector die half, they are two parts of a die or mould, where they meet is called the parting line. The cover die contains the sprue for hot chamber machines or shot hole for cold chamber machines, allows the molten metal to flow into the dies. The ejector dies contains the ejector pins and usually the runner, which is the path from the sprue or shot hole to the mould cavity. The cover die is stationary and the ejector die is movable. This design of die casting molds makes the casting parts slide off the cover half and stay in the ejector half when the process is completed and dies are opened.

The single cavity die refers to the mold only has one cavity, so it can only produce a single product each cycle, this type of casting die often used when the die casting machine only can accommodate single cavity dies or there is no need to use multiple-cavity dies. In addition, the single cavity die has no slides, which are components in the die allow the casting part to be formed with undercuts, so as to reduce secondary operations and processing cost.

If a die has several cavities in different shapes, it is called a combination of family die. The biggest difference between combination die and multiple cavity die is that the former can manufacture more than one type of castings while the latter is only capable of the fabrication of identical components. Die casting parts are made with family dies go into a single product assembly, which improves the efficiency and decreases the cost.

For simple parts, the unit dies might be used due to its economy. Unit dies are small, separate dies that can be assembled into a master holding die and connected by runners to a common opening or sprue hole, which allows simultaneous filling of all cavities. The master die is fixed while the unit dies can be changed for varying production. Unit dies are usually single cavity dies and contains cover half and ejector half. Multiple parts for an assembly or for different products, can be cast with unit dies at the same time. The unit die is suitable for lower volume production and small parts.