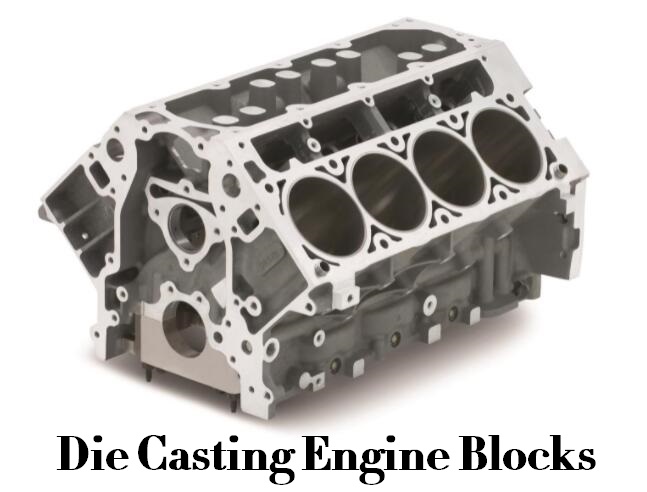 1. High efficiency. Among all casting methods, die casting is one of the most productive methods. This is mainly determined by the characteristics of the die-casting process, and will be improved with the further development of mechanization and automation of the production process. The production time of a cylinder block is generally about 3 minutes or less, which is time-saving and labor-saving compared with the traditional low-pressure or sand casting.

2. High precision. It can be used only by processing individual parts.

3. The strength and surface hardness of castings are high.

4. Energy saving. Generally, each piece of equipment can produce about 70000 pieces per year.

6. The process route is short. In the traditional casting process, the production of cylinder block needs to go through many processes, such as molding, core making, pouring, cooling, sand dropping, cleaning, machining, heat treatment, and so on. Die casting only needs to process the mold in advance, take out the cylinder block blank casting from the die casting machine soon after pouring, remove the flash and burr, and then carry out inspection and processing.

1. There are many casting defects. Because the filling speed of liquid alloy is very fast, it is difficult to completely eliminate the gas in the mold cavity, which is often retained in the casting in the form of pores. In addition, oxidation inclusions in the filling process of die casting are easy to remain in the product if the design of the slag collector is unreasonable;

2. The initial investment in die casting is high. According to statistics, if the number of cylinders produced is less than 100000, the cost of low-pressure casting or sand casting is lower than that of die casting.

2. The quality of cylinder block die castings is very sensitive to the changes of injection process parameters. If the speed is too high, it is easy to increase the gas in the casting, and if it is too low, it is easy to cause poor filling. When the injection pressure is too low, the defects such as porosity and shrinkage cavity in the casting increase. If the pressure is too high, the flash and burr will increase, which will also cause great damage to the die. In the process of die casting, the process parameters should be adjusted very carefully, the appropriate injection speed should be adopted, and the reasonable speed conversion position should be determined, so that the gas in the mold cavity can be discharged as much as possible, so that the residual gas is dispersed inside the casting, rather than penetrating the casting section and forming leakage. In addition, pay attention to pressurization in time and effectively compact the castings before solidification. In fact, due to the large size, complex structure, and large difference in wall thickness, it is difficult to select a good process specification. Generally, the slow injection speed of cylinder block die casting is controlled at about 0.2m/s, the fast injection speed is controlled at 3-5M / s, or the filling speed is controlled at 30-50m / s, and the pressure is generally not less than 70MPa.

3. Cylinder block die casting is more sensitive to die casting temperature. For common alloys, the temperature of molten metal should be controlled between 640 ℃ ~ 680 ℃, and the temperature of mold should be controlled between 150 ℃ ~ 200 ℃ after spraying. In fact, the mold temperature machine has become indispensable auxiliary equipment in cylinder block die casting. At the same time, sufficient cooling/heating pipes shall be set to ensure the effective control of mold temperature. It is recommended to adopt an independent inlet and outlet cooling mode, which is adjustable. The cooling water can directly reach the required cooling parts according to the required flow, so as to give full play to the cooling effect. The temperature difference between moving and fixed mold should not be too large, otherwise, it is easy to increase the thermal stress of the casting and crack.

4.  The release agent is very important for cylinder block die casting. A good release agent can not only control the temperature distribution of the mold, but also reduce the friction when opening the mold and avoid sticking the mold. Especially when the mold temperature is high, we should pay more attention to the rational and effective use of release agents.