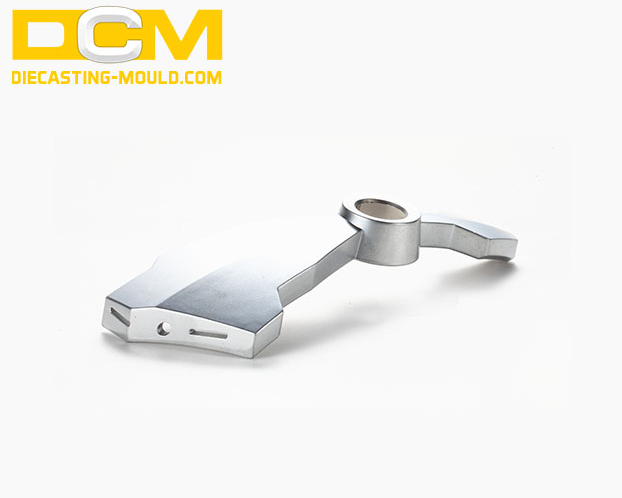 In the production of die castings, the forming conditions of mold components are abysmal. They undergo repeated mechanical abrasion, chemical erosion, and thermal fatigue.

1. Liquid metal enters the mold cavity under high pressure and high velocity, resulting in intense friction and impact on the surface of the mold cavity, which causes erosion and wear.

2. During pouring, molten metal is inevitably brought in. The chemical effects of molten slag on the surface of formed parts are complex. Similar to wedges, aluminum and iron compounds accelerate the formation and development of cracks in die casting molds.

3. The primary cause of cracks on the surface of die-formed parts is thermal stress. In addition to the high-speed and high-pressure scouring of liquid metal during the production of each die casting, the surface of the formed part also absorbs the heat released by the metal during the solidification process, resulting in heat exchange. In addition, due to the heat conduction of die materials, the temperature of the formed part’s surface layer rises sharply, resulting in a large temperature difference between the surface and the interior, which causes internal stress.

1. The lower the pouring metal temperature, the longer the service life of the die casting die;

2. Low temperature die casting can reduce the increase of the depth of the exhaust slot and the risk of liquid metal splashing;

3. Low temperature die casting can reduce the chance of tight engagement between the pressure chamber and the ejector rod;

Working Temperature of the Mold

The working temperature of die-casting die varies according to its die-casting alloy. The following are the recommended values of several alloys dies for selection:

3. The mold temperature should be selected in an appropriate range. Generally, after the test is appropriate, it is better to control the constant temperature.

For the selection of lubricants, the following requirements shall be met

– The die castings cannot adhere to the cavity

– The steel material on the mold surface shall not be corroded

– No toxic gas can be produced

1. Lubricant can be used on the surface of the cavity and movable part;

2. The amount of lubricant sprayed each time should be less and uniform. After spraying, it is best to form a layer of film on the profile.