With the development of die materials and casting technology, ferrous metal die casting has made rapid progress. Now, there are many ferrous metals that can be used to made casting parts. In this article, we’ll talk about the feasibility of ferrous casting and common ferrous metals and alloys used in die casting. 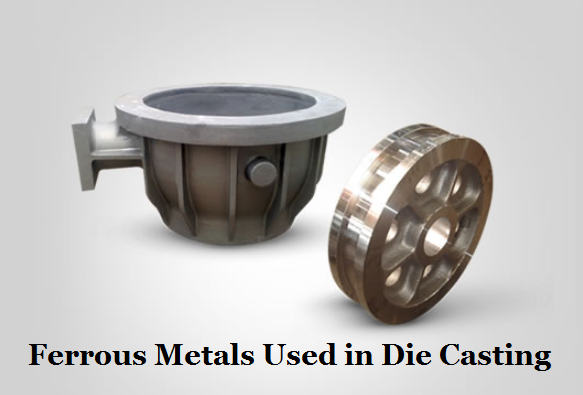 Can You Die Cast Ferrous Metals?

Ferrous generally means “containing iron”, ferrous metals including steel and pig iron, as well as alloys of iron with other metals such as stainless steel. The common alloys used in die casting services are zinc, aluminum, magnesium, copper, lead, and tin, so most die castings are made with non-ferrous metals. Ferrous die casting is also possible, but less common. Because the melting point of ferrous metal is much higher than that of non-ferrous metal, the working conditions of die casting die and casting system are bad, which leads to the service life of die casting die become shorter. However, ferrous castings also have their advantages. Most of the ferrous metals and alloys have high durability, corrosion resistance, and they are less prone to damages when being cast. The ferrous metal casting parts usually can be used without machining or a little machining because of its precise size, smooth surface, and high yield.

What Ferrous Metals and Alloys Used in Die Casting?

Cast iron a type of alloy suitable for die casting with its relatively low melting point, good fluidity, and good castability. it is a group of iron-carbon alloys with a carbon content of more than 2%. At present, the alloys that can be cast including gray cast iron, malleable cast iron, ductile iron, carbon steel, stainless steel, and alloy steel.

Gray cast iron, or gray iron, is a kind of iron found in castings, it has a graphitic microstructure and distinct grey color due to the presence of graphite inside. Gray iron is known for its color and appearance caused by graphite fractures in the material. When it comes to its composition, the typical chemical composition to obtain a graphitic microstructure is 2.5 to 4.0% carbon and 1 to 3% silicon by weight. Silicon is a graphite stabilizing element in gray cast iron. Graphite may occupy 6 to 10% of the volume of grey iron. Gray iron is also the most common cast iron and the most widely used cast material based on weight. Gray iron has a relatively low cost and good machinability.