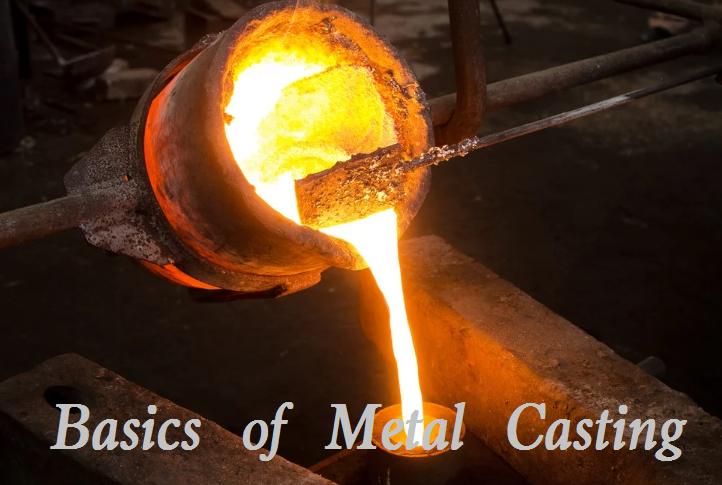 What is Metal Casting?

Metal casting is actually one of the oldest manufacturing processes, it can be one of the most basic and it can also be an extremely sophisticated process. Based on the textbook definition, it is the process of pouring molten metal into a hollow cavity and allowing it to cool and solidify into the desired shape and that solidified part is what’s known as a casting. So the end product of a metal casting process is the casting itself, it’s not necessarily a finished product, it’s usually some sort of finishing, polishing and machining and other things that have to take place on it to get it to where the end-user or the actual customer needs it, but it does have a finished product that comes out of this.

Metal casting technique is used in a lot of different industries, such as automotive uses, for connecting rods, engine blocks and other components, and the culinary industry or cookery industry, aerospace uses, the railroad industry, ship components, and more. There are also different types of molds with each one of these processes, now the mold can be extremely sophisticated or extremely simple, it just depends on what you’re trying to cast, the urgency of the process, the lead time, the volume, etc.

Get a good component out of it you have something called the gating system, it is the plumbing of the mold, you can think of it as analogous to a plumbing system, so you’ve got these different passageways to rupture your mold going into the mold cavity and in an hour that allow passage of molten metal and the gating system can actually fairly sophisticated because it does control the flow rate and the manner in which that molten metal passes through and it has to be able to pass through all this molten metal in a timely enough manner to do two things, one to fill the mold cavity without solidifying before the whole mold the middle sector solidifies as well as not pour it too fast so that you end up getting a lot of turbulence a lot of air entrained into the liquid metal and possibly having a lot of air pockets and porosity in your finished casting, so the gating system is made up of a few things, so you have a pouring basin or just a basin which is up here at the top the basin and the basin is just a metering device, it’s a metering device for the flow of metals, so the crucible or the ladle is poured into the pouring basin fills up in it meters the molten metal into the mold.

The next thing that comes into the casting process is the sprue, you can think of it as the main feed line into the casting or into the mold. It comes from this pouring basin goes down into the sprue and this is where the whole casting process actually starts in as far as the liquid metal actually starts to show up into the mold. So it goes in through this sprue and it runs into something called the choke, which is just another mechanism that controls the flow rate. What this choke does is slows down the flow of the middle, so that it doesn’t just race into your component into your mold cavity with a lot of air trapped in it, it helps regulate or slow down the flow rate of the molten metal.

The next component you have is a runner, it is is a passageway to remote, so think of this as just the plumbing, another portion of lemmings up the piping that goes from the choke and just traveling through the of the mold and eventually taking the molten metal where it needs to go. In other cases, you might have several components inside of a mold that needs to have several lines of runners going to each one of those, so if think of it like a plumbing system, you have something called the gate.

The gate is just the port or the passage that actually enters into the mold cavity, so it’s just an entrance into the mold cavity and sometimes the diameter of this gate is controlled and regulated if you need to slow down or speed up the flow of metal going into the mold cavity but primarily, it’s just the entranceway into a mold cavity. The next portion is the mold cavity itself, so this is actually what gets your end product and it’s typically a specially designed part to have certain features that you’re gonna want in your final casting, you might not have all the particular holes or threaded sections or clearances or final finishes on it, but it gives you actual casting that you’re going to work with and from there you have a final product as far as the casting process goes. It typically is a good idea to have this particularly for more complicated portions with complex geometries is something called a riser, which is just a reservoir that holds molten metal to help mitigate shrinkage. The mold cavity fills up there might be some thin wall sections, there might be other areas, that you’re a little concerned with molten metal that’s hot and that’s molten metal cools down, it will shrink it’ll contract, so you have this thing called a riser which is specially designed to cool down and solidify. Last, you design a sort of could solidify based on the shape as well as the overall sides, so it turns into a reservoir and as your middle and your casting or your mold cavity starts to shrink or cool down and contract, this works as a reservoir to send molten metal back in as backfill for areas that may actually have some shrinkage issues and that’s really the sole purpose or the primary purpose of a riser, another purpose of it is it can potentially vent any gases or if there’s any porosity, it can help you avoid having any loose pockets or empty pockets in here because it allows the gases to come out is it backfills with molten metal, so that’s the other secondary purposes of the rising.